Bedeschi  has  been  awarded  a  contract  for  the  supply  of complete cargo handling system for a prestigious offshore transhipment  project  in  the  United  Arab  Emirates.  The contract which was awarded by Abu Dhabi Ports (ADP) to Bedeschi,  once  again  demonstrates  the  confidence  which the majority of clients have in Bedeschi’s vast experience and expertise in the field of offshore transhipment of dry bulk cargo.​

Emirates   Steel   Industries   (ESI)   is   situated   in   the Mussafah industrial area of Abu Dhabi and receives iron ore pellets as the basic raw material for the steel making process.  The  iron  ore  pellets  have  to  be  received  at  their jetty,  which  is  located  on  the  53km  long  Mussafah channel,  connecting  to  the  Arabian  Sea.  The  depth  of the channel is only 9m restricting the movement of large vessels. It is therefore imperative that the iron ore pellets be transferred into barges, which can then transport them to  the  ESI  jetty.  At  the  jetty  ESI  has  a  shore  receiving hopper, connected to their plant by an overland conveyor. The  barges  deployed  are  bottom  discharging  type  and have a delivery boom, which can deliver the pellets in the hopper. The entire transhipment, channel transportation and discharging contract has been awarded by ESI to ADP. ​ 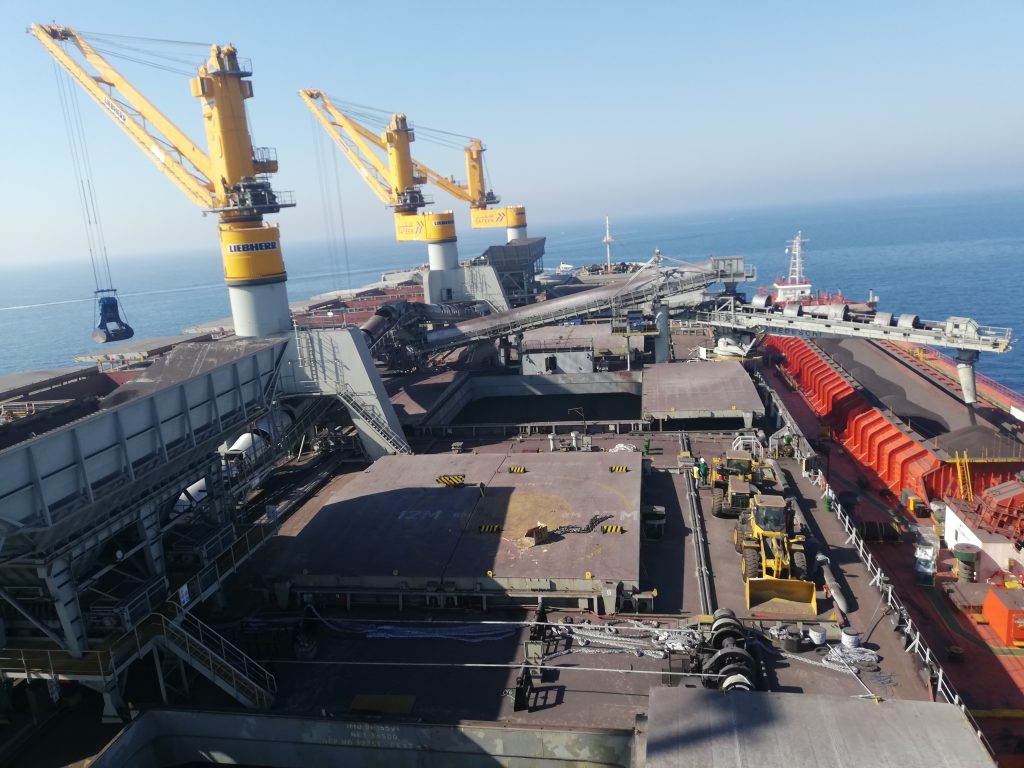